No rollback on equality

All of these papers and the information they contain are private and confidential.

They are shared with you on the express understanding that they will not be copied or shared.

C2E and the authors have reserved their copyright. 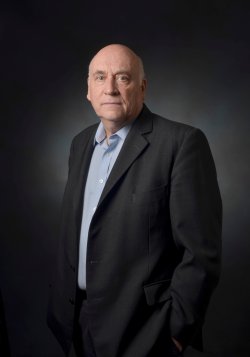 Committed2Equality (C2E) is pleased to announce that Allan Bouglas has been appointed Chief Executive.

Allan said "I see my role as adding to the C2E Standard, raising its visibility and lobbying for Equality; I will seek to appoint new members to our team who will help me do that. C2E is a founding member of the Association of Equality Scheme Providers (AESP) and I support its work and intend to take a positive and active role."

Allan is a founding Director of Committed2Equality. He has a specialised knowledge of equality issues and their impact on procurement in both public and private sectors.

In 2004 Allan was instrumental in creating Committed2Equality (C2E) as a not for profit organisation that promotes diversity, lobbies for change, improvement and fairness. He has worked accross all strands of equality and has a wide experience working with Public and Private sector organisations. As Director of Development he shared responsible for the development and implementation of C2E's unique programmes which support the Committed2Equality Diversity Assured accreditation process including adoption, evaluation, monitoring and reporting.

Allan is the author of a number of reports including the Local Authorities Equality & Diversity Survey. He was a member of the WEU Gender Equality working group looking at Gender Pay. In 2012 he produced the Public Procurement and Suppliers Guides to the Equality Act 2010, which includes practical advice for Suppliers and Commissioning, Procurement and Corporate Departments.

Allan was born in Scotland and original trained as a Chartered Accountant (FCMA) in industry before holding a number of leading roles as a Managing Director. He led a specialist aviation supplier organisation to win the Queen's Award for Exports. He has worked with many SMEs and Larger Companies in the UK, Europe, America and Australia.